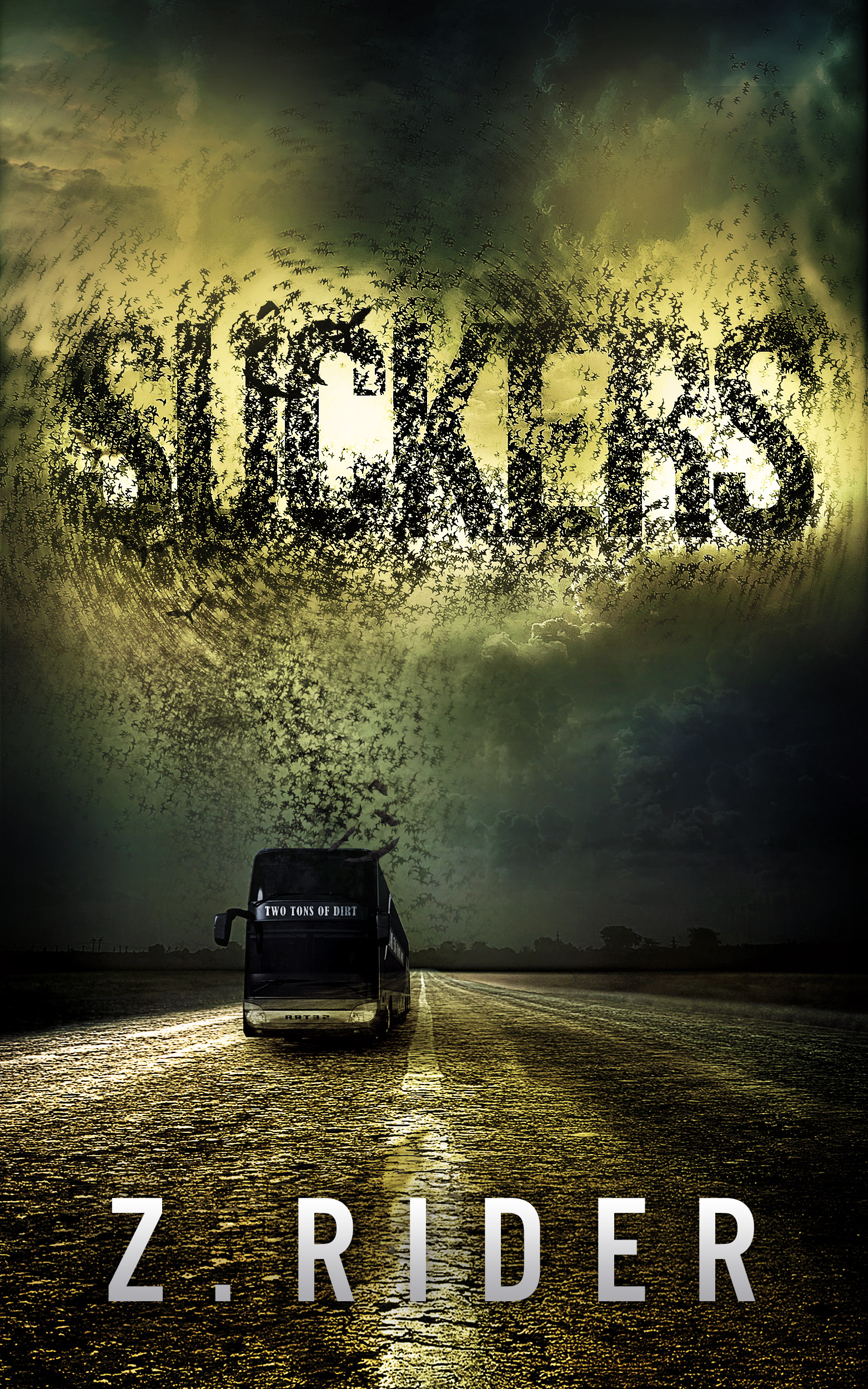 Suckers: A Horror Novel starts by portraying to us the life of a couple of band members. We are introduced to Dan and Ray, best friends with very distinctive voices. Personally, I couldn’t really say one was more important than the other in the story, aka the main character, though Dan is the one who suffers the attack from an unknown, bat-like creature, so we end up hearing more about him and what he goes through. But I find Ray equally or more important. He is the very definition of a best friend – someone you are comfortable with 24/7 and who you know will always be there if you need him. Ray was there for Dan every step of the way, ever since the attack, respecting his wishes and doing everything he could to get him through that hell. As the narrative progresses, their friendship is put through some really nasty tests and it’s a pleasure to see it endure.

It’s a true bro book. The language is harsh. I searched the f word on my Kindle and came up with 427 results. While some, if not most, were necessary to convey the characters’ personalities and character, I do think at times it was exaggerated.

Dan and Ray are not the only characters we hear about. We are introduced to several others along the way, most very rich in my opinion (I did have trouble remembering the other characters in the band universe outside of the main 3), and important things are addressed, such as drug dependence issues; how it affects the addicted person and the ones around them, who love and care about him/her. Some may go for unconditional love, almost enabling the person; others go for bordering on desperate, tough love. It’s quite disturbing in a very real way.

There are incredibly few misspellings, typos, etc and I enjoyed the art cover a lot – it thoroughly conveys the feeling of the book -, but I was not a fan of the synopsis.
I did have a bit of trouble following some dialogues (like who said what) and visualizing some scenes. I think it would have helped if some transitions had been smoothed out. Small example: around 9% of the book, in chapter 4, one minute they are waiting for the manager to get the room keys and the next they’re already in front of the bed.

I found the book very slow paced at times, particularly Part I and beginning of Part 2. While it was interesting to be introduced to the reality of a band – the touring, creative process of writing, etc, some sections were just too detailed, not just how they worked as a band but also Dan’s symptoms got pretty repetitive, or rather the way they were described, and other things such as the news reports. So I think even though some of that was needed to set the grounds for the book, I think it could have been summarized.

For most of the book I felt it was worthy of 3.5 stars. The ending made me round it down because I wish there had been more closure/explanations on how the people dealt or were dealing with the pandemic and if a sequel were to be written approaching those issues I think I would enjoy reading it.

Suckers: A Horror Novel is a book that merges concepts we are all familiar with and which speak to our darkest fears, such as apocalyptic scenarios, vampires, parasites, zombies, alien attacks… It was not a terrifying book per se, but there were definitely scary, even gross bits. Combine that with a fairly detailed account of what it means to be part of a somewhat successful band and you get a pretty entertaining, masculine book, which approaches important concepts such as sacrifice and friendship in a way I had not seen before in literature. It does not stereotype male friendship in the least, and that was a breath of fresh air. So there are no sparkling vampires here and Z. Rider has managed to create something that stands apart from other books of the genre.