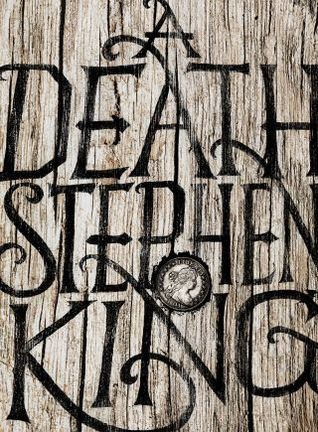 A Death
by Stephen King

I was directed to an url (Thank you, Kandice!) which featured a new story by Stephen King, A Death. So, being my favourite author of all times, I of course got to it as soon as I could.

I read the first paragraph and immediately thought to myself what a master this guy is. He is able to give such a clear picture of what is going on in such a small amount of words. Unbelievable.

Now I have to admit have never been a fan of old western northern american literature, but King had me completely gripped. The story still has the King touch I enjoy so much. The little details make all the difference, and as the narrative unfolds the subtle chill factor is all there. And it is amazing to see such a narrative unfold due to a hat. A simple misplaced hat.

Now the characters… Boy, the characters. I felt so sorry for Trusdale, I was absolutely crestfallen. I actually almost cried and felt sick to my stomach; that’s the power of King’s words. All the hopelessness really got to me.
At the same time, I could not help but sympathize with the other folks. There are no bad guys in the story, just people looking for justice. And as I am sure happened frequently in those days, the urge overcame the precision in getting said justice. The people needed someone to blame for a heinous murder and the hat did all the talking.

There is so much value to this story. It is scary how the people saw themselves so civilized. It is scary how no one had any sympathy for such a ‘dim’ person, not enough to stick up for him. It’s a different kind of scary than most of King’s literature but it is just as enthralling.

The ending took me by surprise but did not take away from the rest of the story in the least.
Read this while you can; it will fill you with emotion and be over way too quickly.