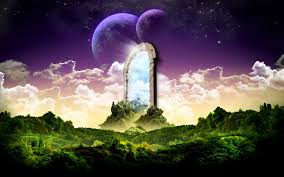 Do you like Fantasy literature?
Well then why not pledge how many fantasy books you want to read for the first three months of the year?
Feel free to enter Book Lair’s Fantasy Quarter challenge!
Less than a month to go :)

The Harvesters
by Anthony Sparrow

The Harvesters had a very interesting premise. Aliens coming by our planet, unnoticed, harvesting humans for their own consumption. My first impression reading the first chapter was that the book had plenty of potential. There was some interesting technology going on there, like a mind controlled ship and the miniature robots. However, by chapter four, I had pretty much lost all respect for this alien race, since they were portrayed as basically having managed to wipe themselves from existence due to their civil war, and came across as nothing but a bunch of predators with interesting technology, a feeling which prevailed throughout the entire book.

– Some descriptions of scenery, particularly of Mars and the blue tinged water, as well as the effects of people growing up on Mars.

– There was suspense in a couple of scenes.

– Some of the technology, like chips in one’s hand, which connect to all sort of data about the person, including their bank account. Kinda makes carrying a wallet pointless, huh?
The dormouse torpor state got my attention as well, and I specifically liked the detail about people having to empty their bowels before going into it.

– Brief references to other languages, particularly my own (portuguese).

– To be blunt, I found the book boring and excruciatingly long. The information was conveyed in an almost report-like manner; the chapters ended pretty much as they had started, without anything to keep the reader wanting to know what came next.

– The book could use a lot of editing; several misspellings need to be addressed and the punctuation is positively dreadful – it’s commas all the way. I often had to reread the sentences using correct punctuation in my mind, to try and make sense of things.

– Some descriptions are extremely repetitive and should be shortened or even obliterated – particularly when the narrative changes voices and then returns to the initial one. We keep being introduced to the same information as if it were new – be it scenery, characters, facilities, you name it.
For instance, the description of Mars’s facilities on chapter 33 would have been sufficient when we were first introduced to the place. It’s nice and succinct and could have saved me a lot of drifting off in the beginning. Needless to say it was completely unnecessary at 80% into the book.

– The dialogues were, at times, confusing to follow. It was difficult to know who said what, and too often that information was only conveyed at the end of the very long line, instead of interrupting the character’s line briefly in the beginning.
By doing this, the author also managed, in my opinion, to completely lose the reader when he intends for a line to be interpreted in a certain manner. That is, if you are going to do a whole paragraph of a character line, and only in the end say that the person was upset or excited or had something in mind or whatever, with no hint whatsoever throughout it, then you might as well not put it there, because I have already formed the character’s voice in my head by then.

– Some conclusions the characters achieved were a bit over the top, as in, there was not enough proof to substantiate it. Several scenes developed in favour of them out of sheer luck. I felt like the author took the easy way out in those instances, as well as whenever the characters had to do something they were untrained at for the very first time, everything was easy enough, as one character said.
That little stunt around 77% of the book was particularly silly, not to mention ridiculous. How on earth would it be possible for a guy in a spacesuit to catch a ride from a ship in space that long, let alone survive entering a moon’s atmosphere and the sudden angle shift of the ship to avoid impact, by merely holding on to a bar outside the ship?

– The biggest problem I had with the book was that there was a lot of telling and not enough showing. I enjoy hard sci-fi as much as the next person, but only if there is something in there to spice it up, otherwise it’s just piles of descriptions of interesting gadgetry in outer space. The places are described for the sake of description; roughly 95% or so have no purpose in the story, as far as I could tell. I imagine this caused a lot of people to skim through the text. It caused me to take 3 to 4 times what I usually require to read a book.

– As I mentioned, everything was described in a very analytic manner; there was no room for emotions. Even when sex scenes took place, it was all empty of feeling, almost mechanical. The only two characters who develop a romantic interest progress to being thoroughly in love in the blink of an eye, and you never even get why they fell for each other in the first place.

We are introduced to a plethora of characters (new ones kept coming up until perhaps two thirds of the book), but they had no depth. We basically knew their jobs, where they worked and then some of them died. There was not a single character in the book that I felt connected with in the least. Actually, after a while most of them started sounding the same way to me – sort of robotic. At times, I have to admit the characters in this book came across as a pre-pubescent teens trying to act all grown up and professional and polite and then throwing the occasional tantrum.

It is a shame such an interesting premise had this execution. Besides the hollow and fake sounding dialogues, most of the time I was reading the insanely repetitive descriptions of the schematics of spaceships or facilities on Mars. I did not feel engaged at all.

I wish I could have seen more aliens and learned more about their culture. I especially wish I could have felt related to some characters. I honestly don’t get why pile up characters like that, when the reader is not really going to know anything about them. In my opinion, might as well refer to them by their occupation. Like saying the pilot, instead of using their real names. Otherwise, the reader is stuck with an insane amount of names to memorize, without any characteristics to hold on to other than the person’s job.

In conclusion, if you are a hardcore space opera sci-fi fan and enjoy analytically narrated books, you will enjoy The Harvesters. Sadly, I am not in that group.