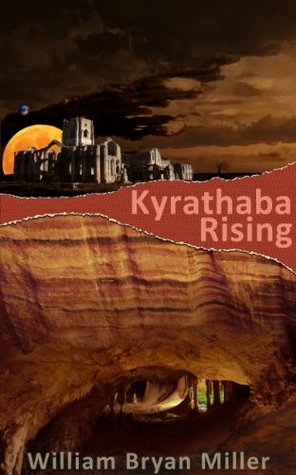 Aliens attacked Earth, forcing the few survivors to take cover in subterranean compounds. Technology evolved greatly, but the pending alien threat never ceases. On the contrary, it will only get worse.
Sethra and his companions seem to have found a way to escape this nightmare and plunge themselves into a separate reality. They are not sure what will await them, nor if it will be possible to help everyone they left behind, but they will definitely try.

When I started listening to this file, my eyebrow went up and then my forehead creased as I frowned. You see, as lovely as Christine Padovan’s pitch and diction were, there were a couple of things that bothered me profoundly: one, she would prolong the last syllable of what felt like every single line, making her voice sound sleepy or tired, mixed with a sort of imitation of Fonzie from Happy Days, and it was just immensely distracting.
Also, I was not a fan of her voices. Not only did the male ones lack masculinity but they sounded forced, like when you are reading to a child and you make sort of a caricature of what they would sound like?
Finally, her narrator voice would sound like characters’ voice, or vice-versa, especially when transitioning between dialogue lines and ‘X said’.
Switching the speed to 1.5X helped me stay alert, but on the other hand I am well aware I did not retain all the knowledge transmitted to me.

The narrative takes place in A3, a compound built underground because aliens decimated the surface of the planet, managing to kill a large percentage of the human race. In this community, people have implants and a bunch of cool tech they use daily. However, they are immensely ill from radiation poisoning and, at that rate, would not be able to survive for long.

Our main character seems to have a way out of the situation, a chance of survival, but only for four people, so he chooses those closest to him. Not going to be easy, because of the implants and other cool but very Big Brothery gadgetry which constantly monitor everyone. But Sethra and his best friend are very smart and manage to have their clandestine conversations anyway and go through with their plan.

I remember that it took me a while to get into the story because there was a lot of technical mumbo jumbo I could not get a grip on. While the scientific talk was extremely hard to follow, it somehow made things more believable, but it did grow tiresome after a point. That first dialogue and Sethra’s inner monologues felt endless, and there were several sections of the book consisting of only numbers and statistics. *yawn*

But then things started to get interesting. I did not quite get what the plan was to get away, what they were going to be immersed in, as was said, what exactly was done to make it possible to access that other world, but man… Aliens! Amongst them! That never gets old. Very cool.
I was sad that a character who had started to grow on me had to die so soon. But alas, it would have caused the others to make an awkward decision so that the plot could progress and we can’t have that, now can we?

Kyrathaba Rising turned out to be a blend between fantasy and sci-fi. In the so-called real world, there is the alien threat, and the danger of everyone dying both from sickness and an alien attack – and in the world of Kyrathaba our four characters need to learn how to survive in this foreign fantasy environment, while struggling to assess who to trust.
The two worlds are actually quite distinct and I enjoyed following the events on one just as much as the other.
I wish I could have witnessed the 4 characters’ development in Kyrathaba, especially their skills, and that I had felt more connected to any character at all. I have to admit I liked Grant but that’s about it.

This is one of those books I know I would have enjoyed much more had I read it as opposed to listened to, so I am rounding the rating up instead of down. Grudgingly though, because that ending… Yes, I know it is the first book in a series, so a cliffhanger is to be expected, but this was the mother of cliffhangers; I honestly cannot recall a book ending this abruptly. And I am unsure if I would have like it as much as I hope so because the fact is there were a lot of subplots.

Regardless, there were interesting plot twists, great action scenes, plenty of suspense and even a bit of gore. I have to say there were bits of humour which I thoroughly enjoyed.
Mostly, there was so much richness in the plot and world building that it deserved my full attention and ability to retain the concepts.
Or take notes on my Kindle.

I recommend that you get this book, preferably a printed version. If you consider yourself a professional audiobook listener, this version will be fine as well, if you can get past the things I mentioned earlier.

Disclaimer: I won this audiobook in a Rafflecopter giveaway hosted by Audiobookreviewer.