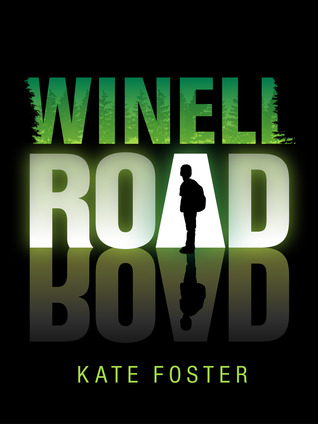 Jack has lived in Winell Road all his life. It is the most boring street in existence and now, with Jack’s best friend gone for school break, Jack simply does not know what to do with himself.
Then a weird object appears in the sky, and shortly after that encounter new neighbours move in. There is something fishy about them but Jack cannot point his finger as to what. One thing’s for sure: he will not be bored any longer.

This is a book I am sure kids will enjoy very much. Our Jack is a perfectly normal young man who lives in a boring street and has boring parents. Then, out of the blue, aliens. What kid would not appreciate an escape from reality like that?
I, however, cannot say I enjoyed it much.

It felt formulaic to me, although I suppose that’s to be expected of a children fantasy book. However, there were several things that I felt I was supposed to take at face value that made no sense to me.

For example, his parents. A father who creates useless inventions in the basement and a mother who only seems to garden and spy on neighbours… How the heck do these people pay the bills?

And then there was stuff that felt much too easy, like Roxy and Jack appearing out of the blue from the alien world in the basement and his father would simply not notice them? Cause he was so wrapped up in his work? Come on.

Overall, the novel is fast paced and there’s interesting stuff like aliens, a secret world, doors which access that secret world and whatnot. It just felt like a jumbled mess and the ending was beyond rushed. I still don’t get the point of the final confrontation – making Roxy the bad guy and her mother being an evil mind-controlling alien and then… Nope, it was all a lie. Why?? Just so you can create a shock factor twice? It was all so pointless…
And I still cannot believe all the compliments everyone spewed about Jack, when Roxy did all the work and suggested pretty much all solutions to every problem they encountered.

As a novel, it did not quite do it for me. As a series of disconnected adventures, it could entertain. The writing is pleasing enough. I wish the story had been more cohesive and that the ending hadn’t felt so flat.

One thought on “Winell Road”