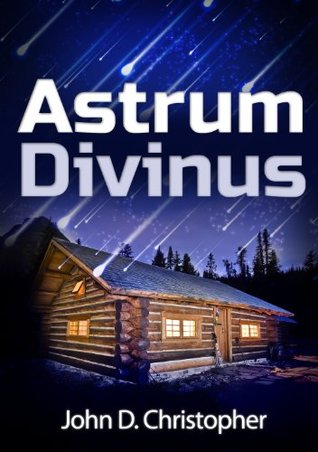 An historian who is about to turn 33 years old has all his life had certain abilities.
A series of events unfolds as he slowly begins to understand them and struggle with his beliefs.

When I first started reading Astrum Divinus, I could tell the narrator was young. However, he didn’t sound young. At times he did but others he used expressions that were quite grown-up. A 5 year old doesn’t use the word depressed.

Moving along. Well. I have to tell you, I have read books that seemed to have no build-up whatsoever. This, however, felt like the mother of all build-ups. The large majority of the book is spent giving background to a sect. The narrative is long, the dialogues are long, there are lots of names to remember and it just lost me, at times.

Also, as much as I enjoyed the British touch to the text, I did not appreciate the lack of character development. The main one was as dull as dull can be. Here we have this rich, knowledgable guy who has several odd abilities and he simply brushes off as – eccentric I believe was the word he used – and never once seemed to do any sort of research on it.

So I did not relate to the main character at all, let alone any of the others. As a person, he only seemed to show interest in all things related to History. You’d think that after finally meeting the man who caused his life to drastically change at the age of 5 and whom he thought he would never see again or know who he was, he would have some sort of reaction, one where he would stop and acknowledge the fact. And yet he seems to completely lose it, a man who is usually so self-controlled.

Some things seemed to have been added just for the shock factor. Like saying Renauld was his father. Seriously? That was it? No explanation as to his absence for the first five years of the protagonist’s life? No expression on how it was so difficult for him to stay away? And that ending. It felt so forced. I could not even tell if the guy’s religious views changed at all, if he believed in God or not. And he always referred to the sect members as a completely separate thing from him. Not much of a hero development, if you ask me.

The entire book seemed quite devoid of emotion and yet, with all these negative points, the fact is it entertained me. Even though I found it unnecessarily heavy and some things I just shook my head at, I found the style innovative and kept going back to it. The descriptions were powerful, for sure. I just wish there had been better character and plot development, as opposed to this happened, then this happened and then this happened.

It was an ok book, refreshing writing most definitely.