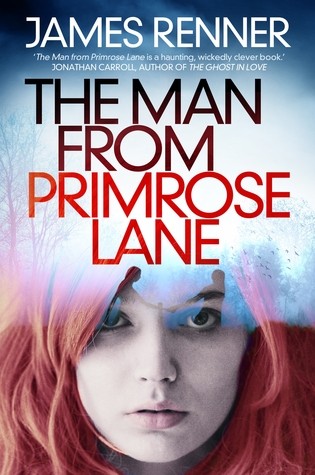 Title: The Man from Primrose Lane: A Novel

The Man from Primose Lane dies in mysterious circumstances. Writer David Neff gets involved in the investigation and will find things about his life and the people around him that he never even imagined possible.

Well, there goes another book that could have been amazing but was for the most part ruined for me due to the huge spoiler in the blurb.

Yep, the major device is revealed in the synopsis and even the book cover, when it does not even begin to be approached until about 60% of the book. By the time I got there I was completely unsurprised and the entire thing was utterly anti-climatic. Even the characters involved never seemed truly surprised. I am ticked off. It should have been something special.

When I first started reading The Man from Primrose Lane: A Novel I found the book annoyingly descriptive. It didn’t help that the author kept hinting at the value of descriptiveness in a book, both through his main character and his wife.

The narrative is interspersed with accounts from different points in time and, while interesting, it did get quite confusing. The fact is I found my mind constantly slipping away from passages that just felt unnecessary and because too much was going on it all felt scattered and pointless. I kept rereading those passages where I drifted off because I hate skimming books but sure enough, they felt like a waste of time. Granted, most made sense later on, but it was much too long a wait for resolution, at least for me.

As the narrative evolved beyond the twist, I had seen most of the revelations a mile away. There was a particularly gross moment that made a difference but not in a good way.

Several things that just seemed thrown in there for the sake of justifying the plot twist; particularly about the future, names kept being dropped but I did not get a clear idea of what they were, some not at all, as well a couple of plot holes here and there, mostly about how characters dealt with situations, the reactions did not feel organic and I wondered why they didn’t wonder certain things.

The book redeemed itself towards the end, but that does not erase the fact that at times I found reading it a chore, and I felt it should have been more focused. I believe it could have been a very interesting crime investigation novel where the character deals with his inner demons. It didn’t need all the time travel mumbo-jumbo, especially when I didn’t even get how it was done and so much was glossed/skimmed over.

Most of all I felt there were too many things going on, too many characters – I kept forgetting who was who and did what – and I never really related to any of them. At some point I just gave up keeping track, which obviously hindered my enjoyment.

Still, the writing really was quite enjoyable at times. Some passages were very interesting. Even though I must admit this is most likely my issue, I just feel like the book didn’t know what it wanted to be and ended up all over the place, not really meaning much at all until the final stretch which, again, as thrilling as it was, was just not enough to compensate the lost feeling I had throughout the novel.
I can definitely see why some folks would adore this novel, people who are definitely more patient and have a better attention span than me and therefore I still recommend it.

5 thoughts on “The Man from Primrose Lane: A Novel”