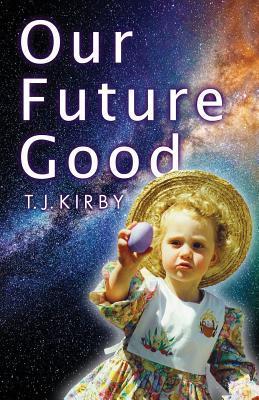 Joe and Mary just turned 18 and they have to choose what their project will be.
Mary wants to work on NutriSuits but Joe wants to pursue a dangerous journalist career. Mary and Joe want to be together so whose drive will prevail? And what will that decision entail?

I have to admit right off the bat that I was not a fan of the narration at first, as there were some words I simply could not understand, no matter how many times I re-winded – starting with the first couple ones. Even one of the main characters’ name sometimes sounded as Joe, others Joel and others still Jay. So the enunciation was definitely not the best. I can only imagine the narrator’s age must be quite advanced, I don’t know.
However, Vance did the voices fairly well and the cadence he payed to the narrative maintained me interested, much more so than the story.

You see, I felt the entire thing was an excuse to dump a lot of interesting sci-fi concepts that the author had. They were interspersed with political agendas that for the longest time were muted, as well as a pretty immature romance. Not the relationship itself per se, but the way it was portrayed. Much as everything else, it was perfect. She is the perfect girlfriend, he is the perfect, motivated, passionate driven boyfriend. Also, even though they are only 18 they act as a married couple in many ways and I never heard an explanation for that.
Even the temperature was perfect during the entire time. And then they move to another place and everything is perfect and the people are perfectly happy and giggling and argh. It was just frustrating.
And then there is all this talk about how items and humans evolved but, again, it felt dumped without purpose.

So in a nutshell, even though there were thought-provoking issues being raised in the story, they were rushed and almost passed unnoticed and I felt they were definitely not the focal point. There really wasn’t really much to go on, certainly not enough tension to keep me interested. Even the only plot twist, I saw it coming miles away. And while the sci-fi was interesting it ended up becoming quite boring as it all felt pointless.

Disclaimer: I won this audiobook in a Rafflecopter giveaway.