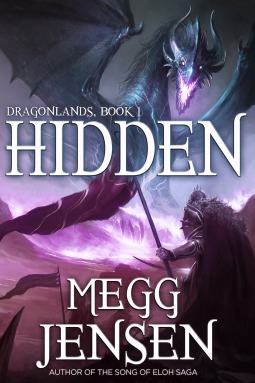 Tressa’s hometown, Hutton’s Bridge, has been shrouded by a mysterious fog for the past 80 years. Anyone who ventured into the fog has not returned.
However, Tressa must do it now and when she does her discoveries will put everyone she knows in danger.

“He’d seen enough to know he had to suspend disbelief.”

Yes, that line is actually in the book and that is exactly what I felt was being asked of me time and time again. Ironic, ey?

The book started with such an interesting premise in the prologue. A 13-year-old kid wakes up to a village where every single adult disappeared and they are now surrounded by fog. However, in general, the book was very disappointing.

It has been a while since I have read something so full of plotholes. The character and world development were just so poor. For instance, we do not even know how big the village is and then there’s this thing where people resent single people for taking up resources but at the same time they want to make babies like mad – in a town where they cannot possibly expand, so what gives? Do they want more people or fewer people? Do they need more resources or are the ones they make enough for the population to increase? How do people survive? Where does everyone live? I didn’t get it, still don’t.

Also, we are introduced to Tressa’s great-grandmother, told what happened to her parents, but not a word about her grandparents, on either side of the family. Instead, we are repeatedly told her great-grandmother is the only family Tressa has left.

As the narrative progressed, I just could not connect to Tressa nor find her story engaging. I could not even think that hey she is a teen, she makes bad decisions because nothing felt true to character. The story moved along as it was supposed to in order to achieve a certain result and, again, suspension of disbelief was required because we never get proper explanation for anything. We are told people are important to her but they just disappear from the story and it does not seem to matter. Adam didn’t even say goodbye and Tessa didn’t notice his absence nor on other occasions even though he was the closest thing she had to a father. Tressa and Bastian would not be alive without Nerak and yet neither gives her a second thought, wondering what happened to her.

It is so difficult to give examples without spoiling the story. I do have to mention that some of the most blatant ones were making Bastian’s wife the most despicable human being to ever walk the face of the Earth only to justify cheating. Also, if it was forbidden to forge weapons, where did all the swords Bastian used to train the villagers come from? There is no mention of it whatsoever. There was just so much more I could mention but I stopped taking notes. It was just pointless.

There is just so much missing from the evolution of the narrative that I could not relate or care about the characters or what happened to them. Bastian did not once show genuine love towards his daughter, much less put her in first place. Only Tressa mattered. Check this out: Tressa:“You have a daughter.” Bastian: “I grew up without a father. So did you.” Seriously?? He only seemed to remember he had a daughter when she was thrown into his arms. Disgusting.

There really isn’t much I can discuss without spoiling the story. I was so frustrated. There was just so much wrong with the book.
I am rating it up because the prose was easy to follow and there were a couple of interesting things but the chopped manner in which things happened added to the clichés and sufferable character and world creation and development made it a very disappointing experience and I for one am not interested in following up on this series.