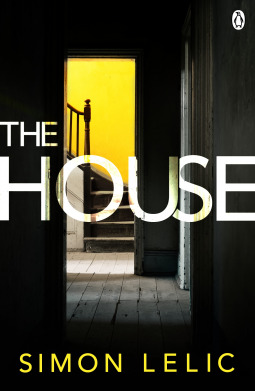 Premise:
Jack and Sydney move in to the perfect London house. A house where they can see themselves growing older.
But why was it so easy to get it? What secrets does the house hold? And what about their mysterious neighbours?

The House had quite a peculiar narrative style. Jack and Sydney, our main characters, are also our narrators. They write the story as a way of coping with the grisly events they have faced as well as figure out what to do next. It is almost a form of couple therapy too, since they end up writing as much to each other as to the one they want to read the manuscript. The narrative evolves at first as you would expect from someone who is not used to writing, gradually becoming more cohesive and culminating in a chilling diary for both parts.

The House was extremely enthralling. I could not bring myself to put it down and ended up reading it in two sittings, several hours past my usual time to turn in.

There were a few things I am still not sold on. I needed to know why a man would hate his children so much – thirst for control is not nearly enough to cut it for me because he was just plain malevolent and considering I read and watch a lot of profiling stuff I don’t remember coming across anything quite like this. I think that when Syd mentions her therapists would be a great opportunity to insert some relevant researched information about what would make someone tick like that.

Some things felt like plot devices to make the story move along a certain way, that the characters came across certain information only later on to cause the plot twists. For example, Jack not asking for Evan’s future contact since he basically told him he would be moving. Or Syd’s dismissal of her mother’s attitude towards the picture. I don’t get why she didn’t remove it from the frame then since it was obvious her mother knew that person and expected Sydney to know her too. And I feel that the owner leaving absolutely everything behind was not realistic at all – he should at least have taken some personal items that meant more to him; that was just too convenient.

Other than those things, this was a superbly written book featuring very real, vulnerable characters struggling to find happiness. Even if at first I did not like Syd’s voice (she came across as a wee bit bitchy and implicative), she grew on me and I felt all characters were pretty well developed, even the secondary ones.

The House is an utterly amazing read that will surely have you glued to the screen/pages, flipping them as fast as you can.