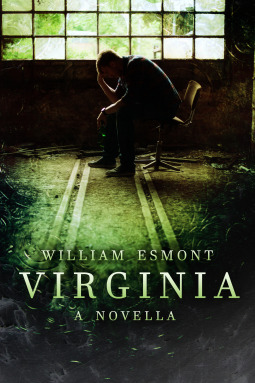 Ray Shelby’s wife is dying of cancer.
While visiting her in the hospital, Ray meets a mysterious stranger that gives him a card and tells him to call the number on it because they may help.
Desperate, Ray calls. They can indeed save Virginia… if Ray is willing to pay the price.

Virginia is an extremely quick read but an enthralling one. You can connect with Ray, feel his desperation towards his wife’s impending death. The coming to terms with her fate but at the same time not being able to perceive a life without her.

And then a stranger opens a door. What if?…

The way Ray is introduced to this mysterious organisation is quite well achieved. The way it develops sort of hints at something paranormal because there are things the organisation’s representative simply had no way of knowing but, as is the way with novellas, we don’t get closure on that front.

I wish Ray had been more curious about some things. Eli is pretty much dragged into a car and it doesn’t even seem to bother him. Not only is he not curious or even afraid for the guy but he doesn’t stop to think what kind of stuff he may have gotten himself into, and goes ahead and dials the number he gave him. Also, where was the contract Eli referred to and Ray admitted he didn’t read? I don’t recall it being mentioned, just the NDA.

There are some things that are justified by Ray’s desperation. Others by his denial. So the author did manage a good balance between keeping the author interested in the story and justifying why we don’t get to know certain things – Ray keeps fighting what is proposed and by the time he wants some answers he is unable to reach them.

Virginia is clever, disturbing and makes you deal with uncomfortable questions like how would you deal with the imminent death of someone who is really close to you and how far would you go to save them.
Recommended.