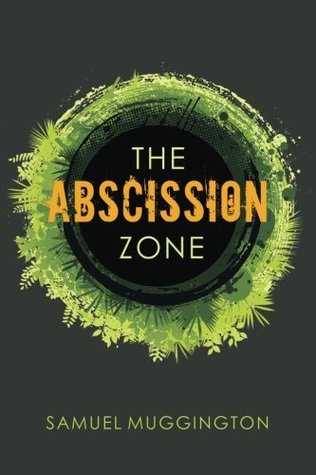 A couple of scientists stumble upon a plot for plants to take over Earth.

This is one of the rare cases where I wished I had looked up the reviews or even just the ratings for a book before I requested it. The blurb sounded so interesting that I just couldn’t resist.

Instead, I got one of the worst character building I have read, if not the worst, and a story that didn’t make much sense.
And the writing… Boy. At times it felt like a pre-teen wrote this book. It was just so underdeveloped.

I cannot begin to tell you how much these characters annoyed me. Every single one of them wanted to do bad things to everyone they came across. And they are such bad-asses in their own minds.

Arnie (the boss): I wish you knew my pet name for you: “Dock the Dork.”
Dock: I don’t want to brag but I do know more about plants than almost anyone alive does.
Texie: After I kick that thing’s ass, I am going after you, you stupid (…) asshole. No one pushes me around like this.

And there is so, so much more.

These scientists talk and act nothing like scientists. The first couple of lines of the book were a hint: Texie Raynott raised her eyebrows as she stared into the microscope. Green stuff in cancer cells? That can’t be right. Stuff… That didn’t sound very scientific.

Throughout the first part of the story, random scientific-ish stuff is thrown out there but it feels more like it is meant to show the author did some research about plants because the characters constantly act like hormonal teenagers, kicking everyone’s ass, despite Dock’s constant ‘who knew I was going to die like this’ lines every time he comes across a particularly dire situation.

Some descriptions were quite entertaining and even pretty, but that is about it.

Then in the second part everything changes because for some reason people are able to travel to Mars and actually build a colony there with just 12 people. Things don’t improve much in terms of characters, they still act like teenagers, constantly throwing tantrums, pissed off at something or someone all the time, and think the world of themselves. Back on Earth, freaky assassin plants are replaced by freaky mutations and there are a few changes to human society, but there is no depth to anything, bizarre stuff is just thrown out there, for no apparent purpose other than surprise and enthrall the reader.
It didn’t work.

The book ends with many questions unanswered, so I imagine there will be sequel(s).
I am afraid I am not in the least curious to know what happens to Earth, Mars and least of all these characters.