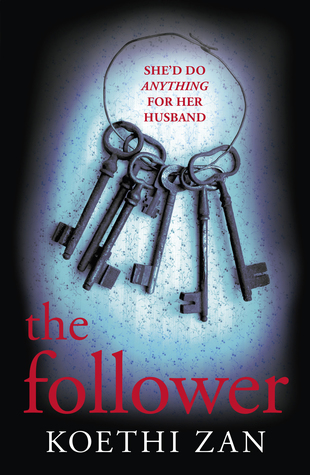 Julie had the perfect life. But one day she is abducted and everything changes.
Julie does not understand why the wife of her kidnapper endures his demeaning attitude towards her and begins trying to win her over. But is that possible? What secrets is Cora hiding?

Ah, this book… It had such an interesting premise. A victim and two perpetrators. Can she get out of the situation?
Sadly, it didn’t work for me.

As we accompany Julie through the time of her confinement, the narrative is interspersed with snippets of Cora’s life as she grow up, so it became clear early on that this was as much about Julie’s resilience as it was trying to figure out how someone like Cora becomes who she is. That was all well and good.

However, I found it confusing and that it dragged on. I soon grew tired of it as, although Cora’s memories were interesting, they just weren’t enough to pull me in.

I didn’t get Adam’s character and to be honest he annoyed the heck out of me. Stupid decision after stupid decision, it was just overwhelming. I found my attention wandering during his chapters and only found solace when the stuff he uncovered met with Cora’s account of the past.

On the other hand, what I really wanted to know, which was what made the bad guy be that way and where his religious paranoia came from, was never explained. And although the author tried to justify Cora’s descent into James’ craziness I for one didn’t buy it; one minute she finds him a dangerous nutcase and the next she is following him and slowly after fully believing what she had previously seen as crap.

The ending was beyond rushed and by that time I couldn’t stand any of the characters.

Sorry, can’t say I recommend this one.

3 thoughts on “The Follower”