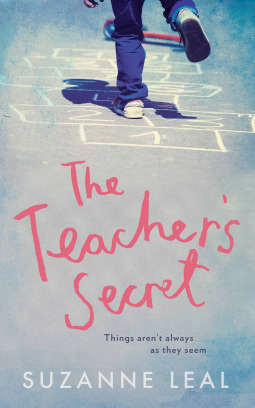 A new year begins at Brindle Public School, which has a new acting principal. This change will bring about the unravelling of several characters, who will see their secrets exposed.

The Teacher’s Secret was tough to get into. There were so many characters that I could never remember who was who anymore. Let’s just say I was happy to have read this on my Kindle, where I could do a quick search to remind me. But yes, I did not find it very engaging and was beginning to wonder if I would finish it before the end of the month.

Not only are there a lot of characters but also many perspectives, too many. I think we follow at least 5 or 6 characters as main ones, learning about who they were, their routines and the people in their lives. I found that very exhausting and several of them did not add anything to the story.

Rebecca for instance, as well as her family and background, are utterly pointless to the narrative. Don’t get me wrong, I thought her characterisation was very well done and think she would be fine in a separate book, not just this one. As it is, it feels that the character was added to the book just so the author could write about what she knows (she specialises in refugee law) and to provide a twist that is not even related to the story.

Not remembering who was who for a big enough part of the read, aligned with the fact that nothing interesting actually happened, often caused my attention to drift. The events mentioned in the blurb do not take place until well after half of the book (and I feel cheated in that sense, I hate spoilers) and the ending is quite abrupt. The big teacher’s secret is anti-climatic and there really isn’t anything I could hang on to.
I almost wish Terry really had turned out to be a paedophile so that Laurie’s character had not been made so closed-minded and really one-dimensional, and we had had some form of twist to make it all worth while.

The strength of this book is the portrayal of a small coastal town, which is quite vivid and engaging, and each character, who has their own stuff to deal with, if you can keep up with the plethora of them.
However, as I finish the book I am left clueless as to what it was supposed to achieve and just a ‘well okay then’ feeling.

2 thoughts on “The Teacher’s Secret”