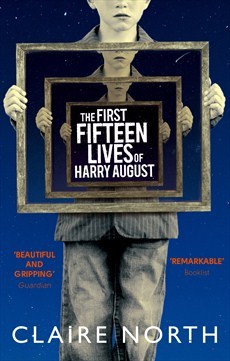 Harry is a kalachakra – he is reborn after he dies, over and over again.
While trying to figure out how to deal with this, he receives an unexpected visit towards the end of his 11th life that will change everything.

The First Fifteen Lives of Harry August started well enough. I was intrigued by the concept and this character, born in 1919.

The book grasped my attention and held it but after a while the narrative grew tiresome. It jumped a lot between Harry’s different lives and I found myself often confused as to what belong in which life.

There were some twists and turns that perked my interest again but not enough to want to pick the book back up. Also, if the book’s concept involves both time travel and parallel realities, I could not see how it would be possible for the narrative to unfold the way it did. And finally, I cannot believe that Harry would be able to maintain such farce for so long without a single slip-up.

Once you have such issues with a book, it’s difficult for it to hold your attention and make you stick to it, so at times I found it quite difficult to pick it back up, as you can see by the time it took me to go through it. I do believe the book is unnecessarily long, particularly the middle, and could have had more impact if it had been more edited.

Still, it is enjoyable as a ‘what if’ work that makes you think and wonder about several issues.

2 thoughts on “The First Fifteen Lives of Harry August”