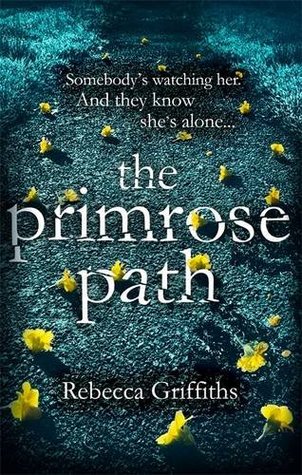 Rachel just moved to Wales following a traumatic event. However, she never feels quite safe and, as pretty blonde girls much like herself start getting killed near where she lives, all the trauma returns. Is she safe? Can she finally be happy?

I have to admit I don’t understand the hype around this book. With such an interesting premise, I was extremely excited to pick it up. The writing is good, it’s enthralling actually. The prelude in particular absolutely blew me away. It set my expectations much too high.

However, first of all, the pace is dreadful. I though the book dragged on to the point where I actually felt like dropping it. When things began to show a modicum of interest, it would immediately become intensively descriptive again and I would think, ok what am I reading here? Surely not a mystery/thriller as I had hoped. Some parts annoyed me in particular, like a character’s numerous mentions of a secret, and never developing beyond that. There was just that annoying, repetitive hint, and that was it.

So you have like 95% of the book dragging on, developing in a crazy amount of directions. On the last 5% or so, the writer attempts to solve all the mysteries she has been developing. At least I think she tried, I’m not entirely sure. The fact is it was a dreadful attempt. Not only did it feel rushed, but many things didn’t make sense, and so, so much was left unanswered. With what she achieved in the rest of the book, I find there was such potential for real character development here and it was ruined, in my opinion.

And finally, the blurb was so deceptive. To this point I have no idea what this refers to: Settling into the small community she is now part of, Sarah soon realises that someone is watching her. Someone who seems to know everything about her …

All in all, this isn’t a novel I would recommend. Maybe if you like nice prose, not as a mystery though.

Spoilers below if you don’t mind them:

1. The entire transition of Rachel’s character made no sense. The things she describes earlier in the book made no sense, even if she believed them then. It’s just not plausible, nor is thinking about herself as Rachel in earlier years instead of Sarah. 2. Who is the killer? What’s their story? What is the point of that character when nothing about them is explained? 3. Did Dai survive or not? 4. Is John Dai’s son or one of Beth’s brothers? 5. Who was watching Sarah in the car Tracy and Idris saw parked outside of her place? 6. What happened to Graham, or to Jennifer?